When High Chancellor Cameron starts using words like ‘swarm’, you know the UK at best has finally sunk to the level of the Daily Fascist. At worst it is turning into an Orwellian nightmare.

The people sat in Calais, a small fraction of the total number of people fleeing wars all over the world that ‘we’ have had a hand in creating either openly or behind the scenes, are simply that – just people. Yet the government and the media choose to term them migrants, and use all kinds of twisted language to imply them a threat to the state. A threat to you!

They are REFUGEES, they have fled their countries in fear of there lives, they have risked their own and often their children’s lives, they ask for nothing but safety and compassion. Were tides turned and you were running in fear of your life, what would you do? How would you like people to treat you?

refugee
[ref-yoo-jee, ref-yoo-jee]
noun
1. a person who flees for refuge or safety, especially to a foreign country, as in time of political upheaval, war, etc.
2.political refugee.
Origin
1675-85; French réfugié, past participle of réfugier to take refuge.

Earlier this week both Elle and I (and many others) shared what were alleged to be pictures of drowned children from Syria and Palestine on Facebook. They were unpleasant, they were horrible, they were shocking. They were disgusting. But, they needed to be seen by the neo-fascist scum who spout their vile racist and isolationist rhetoric, and I include you in that High Chancellor Cameron.

Facebook deleted all instance of these images a couple of days later lest it spoil some expat’s tea. Yes, that was a real comment….! Yet they continue to allow propaganda supporting racist ‘political organisations’ in the UK and Daesh recruitment videos… Go figure.

I’d say I’m against all censorship, but like most people I would happily see the things that abhor me personally censored. Perhaps pictures of dead children do breach Facebook ‘community standards’, perhaps threats of violence and intimidation directed at a friend of ours by Britain First do not. It’s not important, Facebook isn’t important. Fcuk you Zuck!

What is important is that those ‘I’m all right Jack’ types screaming ‘bloody foreigners’ at the television each night understand just how selfish and inhumane they are.

If it’s going to spoil your tea look away now, scroll no further or click here, as here come the pictures…

As brutal and as distasteful as they are these pictures belong out in the open. They have to be seen. And while you are looking remember that…

The only thing necessary for the triumph of evil is for good men to do nothing.
Edmund Burke 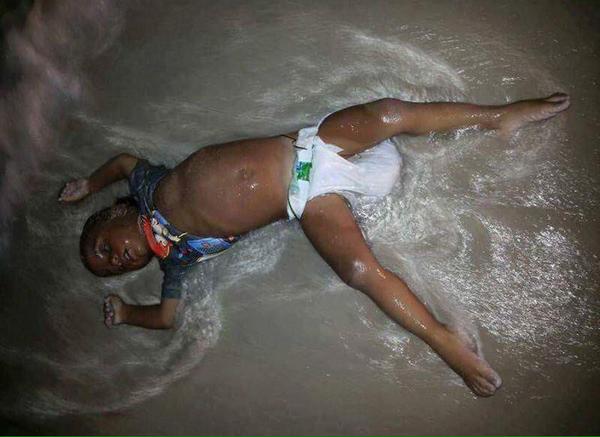 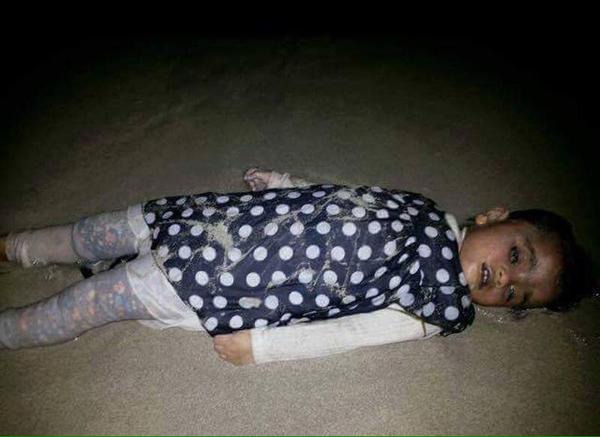 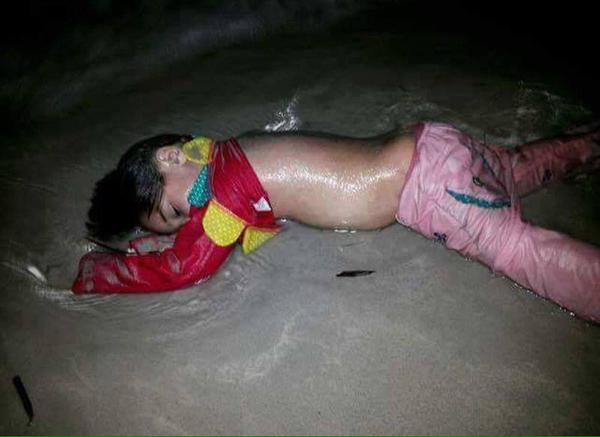 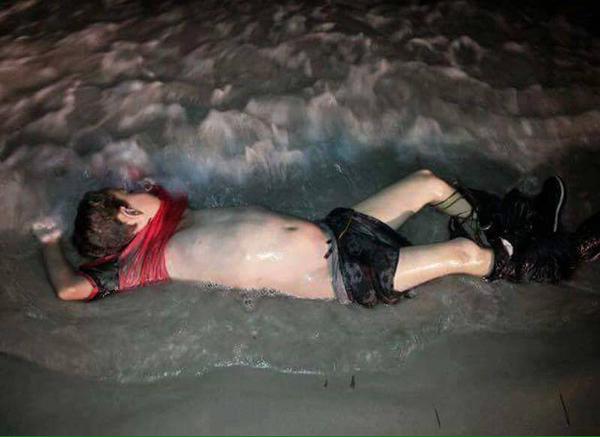