Today I turn 50, and frankly I couldn’t give a damn. I had my real crisis at 40 at which point I thought life was pretty much over! In all honesty, I spent several weeks in a drunken stupor unable to accept at the time my youth, and my life, were coming to an end. When I sobered up I realized, in no uncertain terms, that I was an idiot and that I was only 24 hours older than I had been the day before! I’m cool with 50… 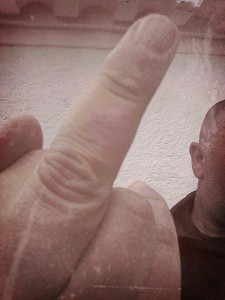 In the 10 years since I thought life was ended, I have:

What’s not to feel good about?! I haven’t even mentioned the plans already under-way for making the next 10 years are just as exciting and fulfilling.

What I will not be doing is;

Anyone who thinks 50 is old these days is, quite frankly, a twat! I’m still in good shape, as ambitious and driven as ever, and in my own head haven’t changed a bit since my early 30s.

I hate the phrase ‘age is just a number’. Age is a state of mind, and nothing more. I may be past half way now, but fcuk it. Bring it on.

Donations to my bar tab can be sent via PayPal! 😉

I must be an old-school photographer! Our boys!