Once upon a time… 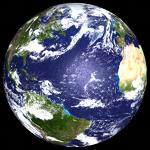 Once upon a time long-long-ago the Internet used to be a wonderful place… What the hell happened to it. The global village truly existed – it was like ham radio (must make me sound like a geek to say it, but its true), it was possible to go online and randomly talk to decent people all over the world. There were no pictures, it was just text, there was very little commercial presence – if any – and most of the people you met were intelligent! There was a choice of a couple of ISP’s in the UK, a state-of-the-art modem ran at 2400 baud, advertising and marketing online was nothing more than a glint in a few people’s wallets.

What happened – commerce – and this comes from someone who makes there living out of the Internet nowadays (if you can´t beat ’em join ’em). Maybe I have a somewhat idealistic view of the past but there was a time when Google and EBay didn´t exist, when you could be a tourist in the ether. These days these and other big players choose to compartmentalize the user by geography for there own personal gain. If you live in the UK and type in google.com you get google.uk, the choice has been removed. Why? So they can maximise their own advertising revenue. EBay: plenty of people in the UK made a living selling into the American market, and many of us used to get some good deals from the US and beyond. Not any more they are two different site…

I get tired of all the sycophants who harp on about how ´clever´Google is. Bollocks to that, they are the most manipulative money making machine on this planet! The filtering they do is not for your benefit – it´s to aid in selling targeted advertising for their clients. At the risk of sounding like a conspiracy theorist, they probably hold more data on the populations of this planet than all of the security services put together….

Social networking: what, what the fuck is that all about (even though I quite like Facebook – but is that just because I’ve been pushed down the route of conformance). Again, these companies steer you down a national and local route for their own ends. Back to my comparison – all those years ago there was plenty of ´social networking´going on through the Newsgroups. And, shock – horror, it was completely unsupervised and people actually got along fine, despite the geographic borders. Heaven forbid that people could manage all this by themselves without the assistance of a corporation deciding that we should view adverts for the privilege of talking to our friends – even real ones….

I know I´m wasting my breath, I´m also well aware I´m a bit of a hypocrite. But, you know how it is – market forces and all that…! It´s a shame those days are gone and the Internet is dominated by corporations and the less savoury elements of our societies. Bring back the borderless Internet!

To top it off – on running a spell check EBay and Google came up – I rest my case…!