The Law of Attraction

I was recently persuaded to watch a ‘movie’ about the Law of Attraction called ‘The Secret’. I won’t mention any names – you know who you are – I know you’ll read this! 🙂

What a load of crap! A bunch of people described as meta-physicians (new age types), and ‘entrepreneurs`(of course it didn’t mention how they made their supposed millions) rattling on about how you can have or achieve anything you want pretty much simply by visualizing it.All this interspersed with mysterious pictures of great people who supposedly used their system – ancient Egyptians (though obviously not the ones who must have visualized being slaves and building pyramids), Isaac Newton, Einstein and others. 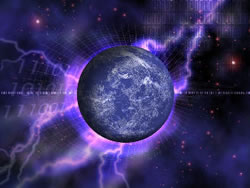 With there being no mention of how exactly they made their cash, bought the fast cars, and everything else they claimed to have – and, as you’d expect, almost to a man (and woman) telling rags to riches stories. I can only imagine that they have made their fortunes peddling crap like this to gullible people – as many have over the decades via spam, classified sites, and small ads for millions of spurious business opportunities.

It also struck me that this seems almost ‘religious’ in the way it claims to be the path to enlightenment… It looks from outside a lot like a multi-level marketing version of the Church of Christian Science.

Hell – if simply visualizing something made it happen – why haven’t I won the lottery yet? And, why when I´ve been visualizing a threesome with two hot Scandinavian women in there mid 20’s (when this started they were older women!) almost every day since puberty, has it not happened! Having visualized these things so vividly for so many years I’m sure if this worked they would have materialized for me! :). No doubt were I to ask them I´m sure I’d be told I’m not visualizing in the right way, and probably need to buy a book or something to help me.

I’d like to challenge anyone out there to PROVE to me this works! Without the need to buy anything, sell anything, or indeed work. Just by visualizing… Perhaps if I visualize and expert in this visualizing me winning the lottery that will work?

And this one claims “Sensational Breakthrough Movement Exposes The Revolutionary Ways To Attract And Manifest Anything You Want In Life, Like Magic!”

I wonder – if this is all about shaping the fabric of the Universe – is it possible to visualize enough to f*ck about with space and time? 🙂

A picture that needs no words… Quote – Jack Carter