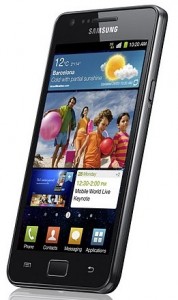 For quite a long time now I’ve been resisting the temptation to go down the smart phone route, based on the principle that as I spend much of my day – most days – sat in front of a screen, the last thing I need is email beeping away in my pocket! I’ve always been quite happy with a phone being just that, a phone!

Yes, I’m well aware I don’t have to set-up email on a phone, but simply having a browser to hand constantly presents a major temptation. Given the walk I’m planning – it seemed to make sense to finally give in. This decision being based on the principle that having a smart phone will allow me not to have to carry, a sat-nav, a phone, and a camera. The Galaxy I’ve now got is a fraction of the weight!

Working on the simple principle that if I’m going down this route I had to go for the top end of the range, I’d narrowed it down to a choice of two, the Galaxy S2 and I also thought the Google Nexus looked pretty impressive. After a visit to the local Vaodafone shop I decided on the S2.

I should say at this point for the iEvangelists amongst you, the iPhone was never in the frame – I don’t do iGadgets, as in my opinion they are over priced, over sold, and over proprietary. I don’t like Apple, I don’t like the hype. I’ve never liked Apple as a brand and I’m about as likely to worship Steve Jobs (RIP) about as much as I am Jesus – which id VERY unlikely.

Though nowhere near a substitute for a real PC or laptop I’m extremely impressed by the phone, and it fits perfectly the purpose I’ve bought it for, though I could never use it for what I consider serious work day to day. The camera is great, it can do everything I need, and when the time comes is actually perfect for what I have in mind for the walk in every way.

I do however have one grumble. Perhaps largely as I’ve been using a simple phone that rarely needed charging more than once a week, the battery life is very disappointing – less than a day. And, it’s especially heavy on the battery using the sat-nav app I’ve plumped for, which is a problem given the ultimate purpose of acquiring the phone – if it won’t last a full working day of heavy use. As I write I have a second battery, and emergency charger on the way which should cure this.

If the battery lasted a full week like my old phone, it would be the perfect gadget! Despite my one little moan I can see this spending quite a long time as my constant companion!